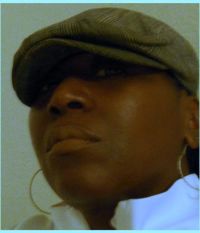 Find Other Singles In
California! 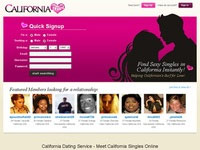 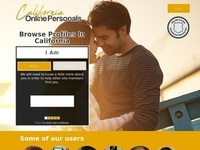 Pssst..Come Closer.I Won't Bite. Not Hard Anyway. NO MEN. NO MEN. AND DID I MENTION NO MEN? I'm just a regular chick looking for intelligent & stimulating conversation. Not necessarily seeking anything in particular. Except authenticity. I figure if something is meant to be. It will be. No need to force it. I'm an out lesbian. Not into roles but I think most would consider me very soft tomboy. Too 'hard' to be considered 'femme' but not 'hard' enough to be considered a stud. Just me. That's all I can be. All I want to be. What I DO know is that I absolutely ADORE Black FEMME women. I think you are the most beautiful, awe-inspiring specimens on God's green earth. No diss to other types of women but I know my soul mate is another Black woman. No doubt about it. A few other things: I'm an artist, opinionated as hell, classic non-conformist, a walking contradiction in a lot of ways, funny as hell, I'd like to think..the operative word being THINK..but at the end of the day, always honest, genuine and sincere. Hope you are too.

About Me  (My Interests / Hobbies / Groups)

About My Match  (What I'm looking for)

No Favorites / Friends Added Yet

No Favorite Books added yet.

No Favorite video games added yet.

If you see spam, fake information, nonsense information, offensive information or an empty profile, please click the button below and enter your reason for reporting this profile. It will be reviewed promptly.
Note: Reporting Tool Only Visible To Logged In Members
Keep Scrolling

FIND Other Singles In
California